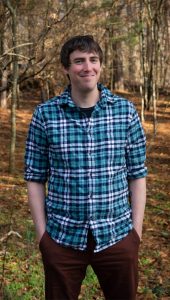 As an activist, organizer, musician, worker, and community leader, Jesse has worked alongside this community for more than a decade to transform Athens. Jesse has helped grow the capacity of numerous local and regional organizations, co-founded Athens for Everyone, and assisted progressive candidates in winning local and state office. They have collaborated to rally public support to defeat the 2013 curfew law, win living wages for ACC workers, expand public transit, and lead massive demonstrations against discrimination, ICE, and the Trump agenda.

Jesse enthusiastically continues to fight for an Athens that works for everyone with an approach to leadership that centers listening and collaboration at work, at home, and in the streets.

We are so close to having enough political will in City Hall to make real change in this community. To do so we need commissioners who will stand with the people of Athens to share a bold vision and a focused plan to achieve it. Jesse has that vision and is ready to work with you and fellow leaders who recognize what’s wrong and are ready to take action. We can end the cycle of poverty. We are a wealthy community; it’s time to share the wealth.